The Centro de Física das Universidades do Minho e do Porto (CF-UM-UP) began in 2014 and comprises the Centro de Física da Universidade do Minho (CFUM) and the Centro de Física do Porto (CFP), two formerly existing research units, recognised and evaluated by the FCT. The two Centres agreed in joining their forces and forming a comprehensive research centre in the broad area of Pure and Applied Physics. This union is supported by a Protocol signed by the Rectors of two universities. The partnership aims at building new strategies to fulfil the huge potential of more than 80 researchers with PhD constituting CF-UM-UP, in order to perform high quality research, both fundamental and applied, in Physics and adjacent areas. 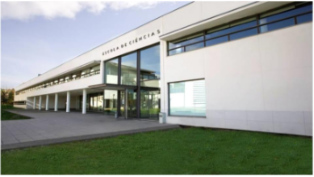 The main goal of the CF-UM-UP as a whole is to perform internationally competitive research in several areas of Physics, fundamental and applied, linked to other disciplines of natural sciences and engineering, with strong international links and relevant, as far as possible, at the local level. CF-UM-UP has a critical mass of highly qualified researchers and aims at keeping equilibrium between applied and fundamental research and being the base for advanced training in Physics and adjacent areas, in the North of Portugal.

CFUM was founded in 1994 and recognized by the FCT in 2003, as a research unit with a multi-disciplinary scientific profile, encompassing both theoretical research and modelling and experimental research and development activities. CFUM is strongly involved in interdisciplinary R&D activities and the team includes Physicists, Materials Scientists, Mathematicians, and specialists in Optics (including that of human eye) and Optometry.

Pictures from our research reality 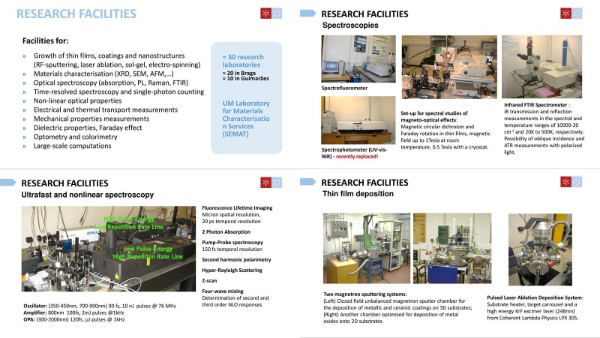 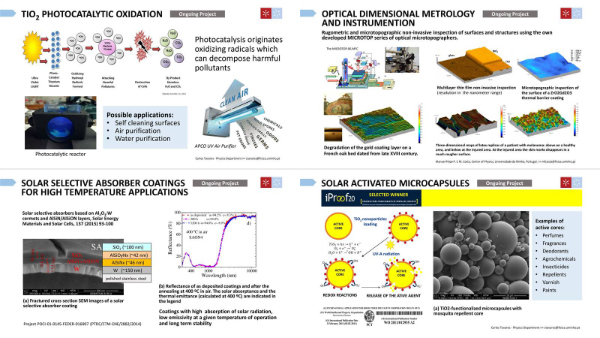 CFP is a relatively small research centre fully devoted to research in theoretical physics, in the broad area of Quantum Physics and Fields in High Energy and Condensed Matter, exploring synergies between theorists of different fields. It was founded in 1994 and recognised by the FCT in 1997.